Marina Yacht Club’s 29th Annual Dr. Robert Baker Regatta is a Great Time on Oscar and Daytona Day! – The Marina Yacht Club Bridge knows that our Boaters LOVE to Race, so minor events like the Oscars or the Daytona 500 wouldn’t detour the passionate entrants of the 29th Annual Dr. Robert Baker Regatta from competing and having the a great time. The well-attended race took place on Sunday February 26th, originating from Marina del Rey.

The yearly Marina Yacht Club with race management by South Bay Yacht Racing Club sanctioned by MYC Regatta race, the 29th Annual Dr. Robert Baker Regatta began at 1155 Hours with a call for all hands on deck. Marina Yacht Club member, skipper Jonathan Grell (Commodore Yachts) beautiful yacht, “Kalista” acted as the Race Committee boat. As the flags dropped and the horn sounded for the race to begin, the yachts jockeyed for position.

Weather consisted of a light rain followed by the sun peeking in-and-out. A tricky, changing wind direction and wind speed gave the skippers and crews all they could handle. All hands crews, skippers and owners had a great time throughout the race day. The awards ceremony was a pizza, cookie & cupcake inspired afterparty!

Thanks to Marina Yacht Club Jr. Staff Commodore Gisele Ozeri, the Bridge, Members and team MYC, our friends at the Regatta Network, Gary Green, the ASMBYC and Matt Kreke, SCCYC Fleet Captain.  The Marina Yacht Club Bridge and Membership congratulates all those who participated.

After a long day, we all learned Kurt Bush won the CRASH FEST that was the 2017 Daytona 500. As for the Oscars… we’re not sure, yet. They had scoring issues… Is there a protest brewing between “LA LA Land” and “Moonlight”?  Racers and fans can view and upload free photos at Partyby5.  Photos by Gisele “Shooter Diva” 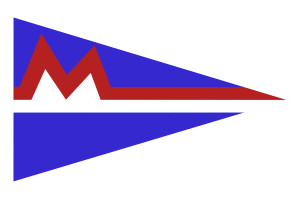 See you all at Marina Yacht Club’s Opening Day.